A treatise for the Open Access Archaeology 2016 Blog Carnival on the Grand Challenges for Archaeology. #blogarch

What are the grand challenges of ‘my archaeology’?

My archaeology isn’t as easy to define as it used to be. I’ve wandered quite a ways out of the traditional fold. At this point, I suppose you’d say I’m actually a tech developer. But somehow it’s still archaeology.

Why do I still persist that my unconventional little corner of archaeology meets computer science meets engineering meets library science meets politics meets social media meets multispectral imaging meets 3D printing meets open access debates (and then some) is archaeology? Archaeology is a unifying theory betwixt those things (and not just because it’s fun to say the word betwixt).

As such an in-between but all encompassing arena, I think ‘Archaeology’ is the ultimate key to the development of the seemingly impossible, incredibly snazzy, and entirely useful science fiction technologies that pop culture has causally dreamt up over the years but never bothered to build.

The biggest challenge of this emerging in-between arena of archaeological method-minded tech development is the push needed to transition archaeology from a field of passive study to a new realm of active creation of tools—for us and the public at large. 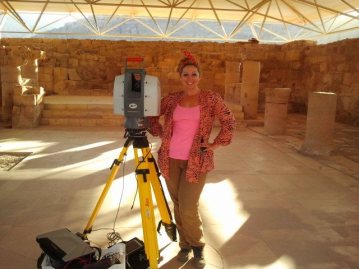 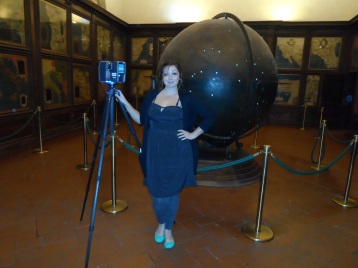 Left: Scanning with a Leica Scanstation 2 at the Byzantine Church in Petra, Jordan Right: Scanning the Mappus Mundi in Palazzo Vecchio’s Hall of Geographical Maps in Florence, Italy

How did ‘my archaeology’ wind up on its current path?

My original archaeological graduate studies moved swiftly from archaeological analysis of ancient cultures to analysis of how archaeologists were analyzing ancient cultures. How do we do what we do? And how can we acquire and deploy all of these gorgeous geeky gadgets slowly flooding the scientific and wider markets to make our studies of the past and our ancestors MORE— More efficient, More in-depth, More well understood, More accessible, More engaging, More impactful. How can archaeology be possessed of Much more Muchness?

This culminated in a lot of National Science Foundation field work (see rest of blog) all over the world fussing over integrated technology systems for archaeological purposes (primarily data collection for digitization and preservation). But the challenges on all of these projects, in all of the various arenas, and using any combination of tech were ultimately the same. The pipeline for data collection, curation, analysis, and dissemination is holding us back.

That pipeline has, and still is, being built by scavengers. That’s what archaeologists are in a certain, primal sense. And we’re really, really good at it.Whether we’re rifling through ancient rubbish middens or scavenging bits of technology to make our other efforts delving into long-lost trash and long forgotten documents more effective—we’re still scavenging.

We were accidental pioneers in things like aerial photography, GPS systems, satellite analytics, LiDAR, and other multi-spectral loveliness. And we need to step back (and encourage the rest of society to step even farther back with us) and realize how crucial our role was as drivers of those technologies. What might be accomplished if we’re not just scavenging those bits of gadgets, gizmos and software systems our budgets and graduate student labor allow—but instead at the forefront of the design process for new technology systems based on our disciplinary needs but with the capacity to spiral out to a mass market. 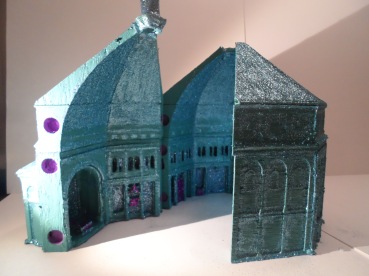 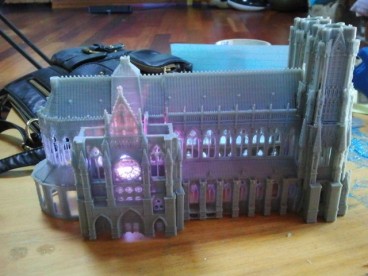 Really though. Think about what we’ve been doing all of these years: Long before social media, cell phones, the internet, or the introduction of the phrase #bigdata to the world’s general vernacular —archaeologists were trolling and troweling about the planet trying to collate, visualize, and extract meaning about all of us— past and present (i.e. the future past). Our work on field surveys, excavations, and as occasional anthropologists was all about parsing complicated sets of information, visual, temporal, and otherwise together over time to find patterns hidden in the flood of information. It’s what we do. We’re humanity’s glue gun of the long duree. The Huginn and Muninn to a planetary Odin. We’re the gatekeepers of humanity’s long term big data.

Granted, the initial data sets were nowhere near the size of today’s information avalanche. There’s a statistic somewhere that says every other day we generate more bytes of information than the whole of the archaeological, historical, and base digital record that came before. Information about ourselves and our past is growing exponentially. Lucky, lucky future archaeologists looking back at today, they’ll have a veritable wealth of information to wade through.

And that word ‘wade’ is oddly key. Because right now, we’re drowning in all of that information. We need new ways to look at it, access it, and integrate it into our lives. That means new technology. And guess who the most useful elements of society could possibly be for that goal? Think of it like the movie Armageddon. The future can’t anticipate it’s needed skill sets. It can only leverage them when a need arises. In Armageddon, NASA suddenly needed a team of oil rig specialists. The tech industry needs archaeologists. Not just for our own skillsets, but for the bizarre overlap we represent across the multitude of disciplines that have been skirting round the edges of future systems of much awesomeness.

Computer scientists have been attacking big data proper and all of its lovely statistics.

Astronomers have been tackling visualizing the macrocosmic (but heaven/archaeologists help them when they finally move from robots to proper survey teams, sorry Aldrin & co, you don’t quite count in that you only collected approx. less than a 1/4 of the localized info an archaeological surveying team would have done, especially with today’s scavenged tech).

Geoscientists have been charting out our planet and its environmental systems.

Engineers have been engineering the data collection and dissemination tools.

Library scientists have been fabulously handling the 2D ephemera of our society, analog and digital.

But of all the scientific groups out there, archaeologists are the most well equipped to start looking at a multi-media system that spans the microcosm through to the macrocosmic. We’ve been the scavenging dabblers across all of the trades. Because we have to look at all of the above categories, but in digital and analog, not just in 2D, but in 3D, and yes, even occasionally a “phenomenological” 4D.

We are the unexpected, often unacknowledged experts on time and space and as such, we’ve been indirectly poking round the edges of how to visualize, annotate, and share ALL of those components, far longer than any one else has. We’re not quite The Doctor. But we are the reason River Song is River Song.

Who better to feed directly into the tech development arena geared towards uniting the current and future Internet of Things across the world’s current and future digital platforms, 2D, 3D, 4D, immersive, embedded, injected, and otherwise—than archaeologists. 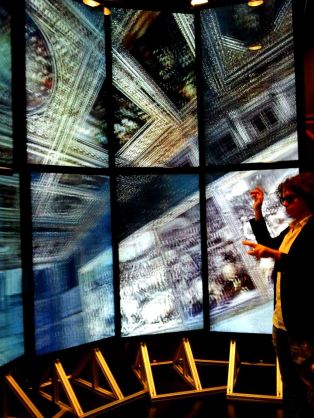 Multispectral GIF of Raphael’s Madonna (Small Cowper) and a fabulous computer scientist colleague conducting a point cloud of the Hall of the 500 in Palazzo Vecchio in Florence from within the old CAVE system at CalIT2 in San Diego, California.

Maybe at first it will just be tools for ourselves and other scientists, maybe not. Society at large didn’t quite realize the potential of the computer or the internet right at first. It still hasn’t fully grasped on to the incredible difference the Internet of Things is making and will make in our lives—tracking us, saving us, revealing unprecedented patterns, etc. But they’re not going away, and we shouldn’t lest this opportunity to be involved in their development pass us by.

Instead of passive scavenging of available tech that we jimmy-rig for our purposes let’s be active designers of our fate and of the future of the world.

Archaeology has gone unrecognized for its value in analyzing the long duree for far too long. The occasional public flare ups of interest in our research into climate change, urbanization, empire, or fact-checking occasional crazypants political campaigns haven’t pushed the archaeological stereotype as a so-called “softer” science very far. Nor has it aided much in the archaeologist’s constant complaint (i.e. sad paychecks).

Archaeology at large needs to remember that we’re not stuck in this niche unless we want to be. We don’t all have to be pure academics. There’s such a thing as applied science too. There’s also such a thing as social mobility for a discipline. Until the 20th century, engineers were merely considered fancy construction workers. Doctors weren’t always well paid professionals—lest we forget, lots of women healers in the Middle Ages were burned for their quasi-scientific endeavors. Computer scientists had never been heard of. Basically, the most well paying, fundamental, and interesting jobs in modern society weren’t really societally impacing, recognized spaces until their disciplines pulled themselves up, got organized, got involved in something other than bickering amongst themselves and playing ego-games, and turned their discipline into something I am opting to call ‘active.’

Archaeology has the potential and the need to rise above our stereotype. So why don’t we?

I’m no longer out in the dirt or even behind a laser scanner most of the time. But my archaeology has evolved from there to look at how what we’ve been doing as we go about our traditional business can shape the already unconventional future. And in so doing, we may well be able to reshape society’s perspective on archaeologists, historians, archivists, and our related brethren. Hopefully the future systems we build will also domino out to greater awareness of the past and the vital importance for understanding history’s role as a form of big data in what we do as citizens of our societies and the planet.

One of the reasons software pioneer Adobe was/is so successful as the ultimate art/design/media software is that they pulled artists in right from the beginning to create a feedback loop to create their new system.

That feedback loop is essential. So help me build one between archaeologists and Tanzle—the new stealth mode tech development company that is literally rocking my socks off with the things they’ve done and are going to do for science and humanity.

Let’s not rest on our laurels at the local pub. Let’s all work together to transition archaeology into an active designer for the bigger, better systems on the horizon. And then we’ll all go to the pub and toast the future we helped build.

This survey (Googledocs) is the first step in building awesome collaborations. Take it. Email Me. Comment below. Tweet. Do something. Be engaged. Be active.

At the very least follow those of us at Tanzle on social media as we get down to turning the means of studying the past into a blueprint for the future. 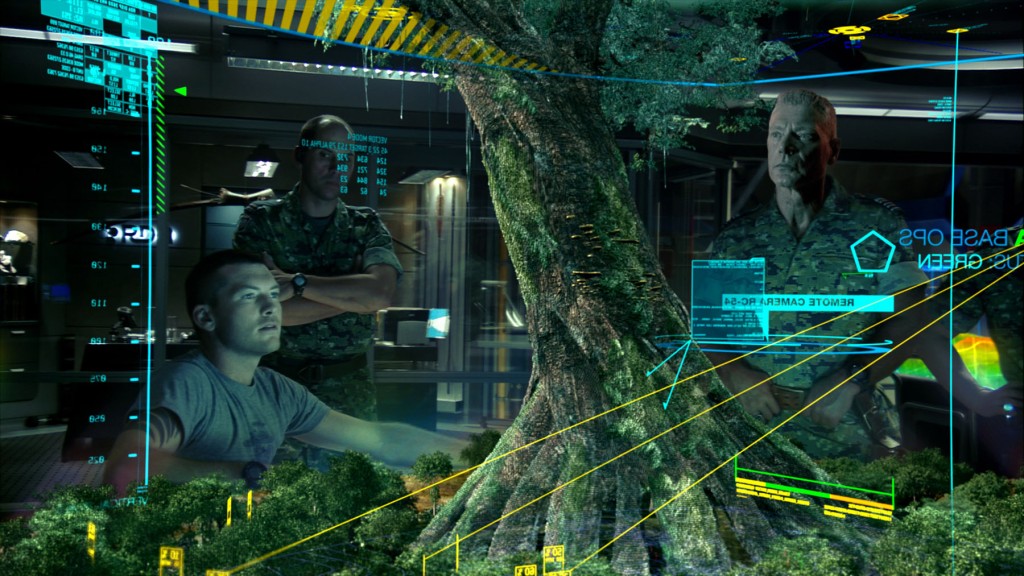 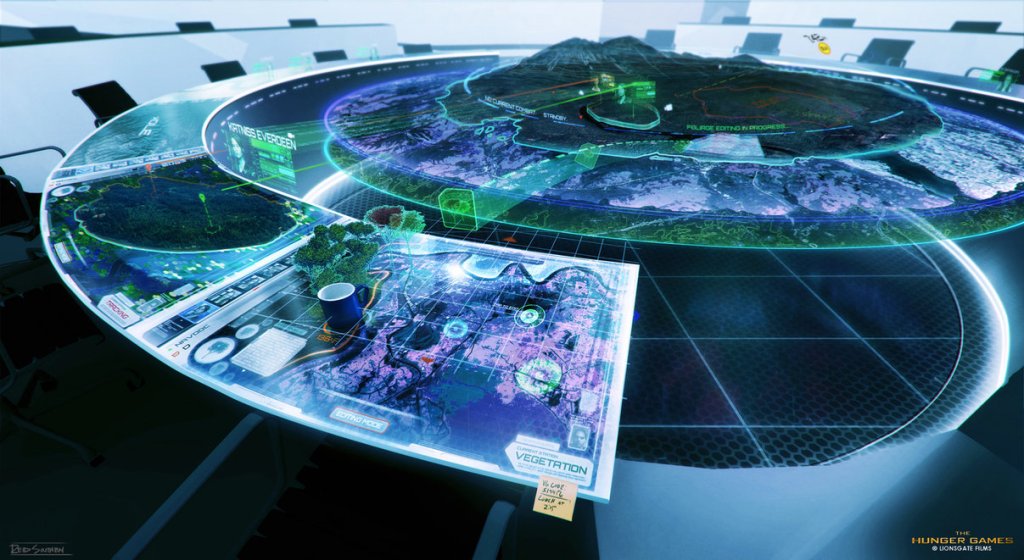 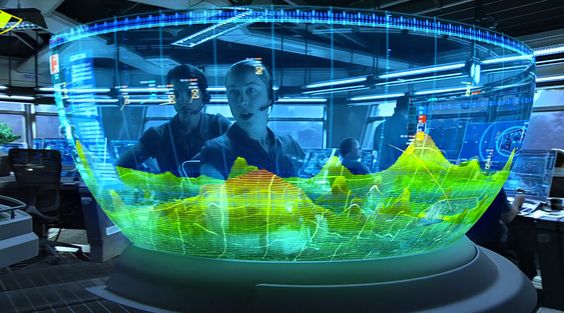 One thought on “The Activation of Archaeology”