The students of CISA3 were coerced into dropping everything else in order to put on a two-part show at Calit2 for Professor Thomas E. Levy: the first part was for the CyberArchaeology and World Cultural Heritage Conference   displaying our on-going projects into digital archaeological technologies to visiting scholars from all over the world.

I went over the results of the integrated tech field season in Jordan, elaborating on the role of laser scanning in field archaeology and conservation. While Vid showed off his point buffering system using the data sets collected on the recent expedition to Jordan (especial emphasis on the Byzantine Mosaic Church) and those from the 2011 Da Vinci Field season in Florence of the interior of Palazzo Vecchio.

View the Flickr album of Calit2 Photographer Alex Matthews at the above link. The Banner image is also one of his fabulousnesses showing Vid at work/play with a point cloud of Palazzo Vecchio in Calit2’s TourCave. Additional favorites from his collection of the event are posted below: 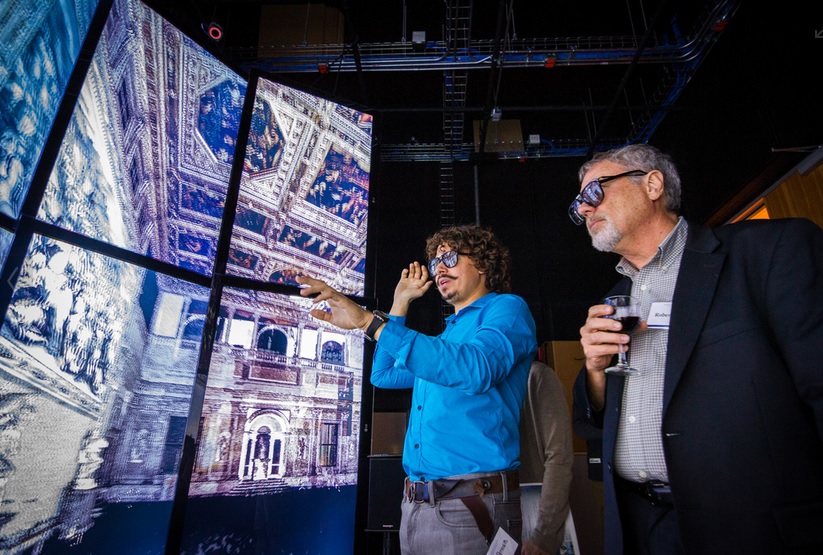 Vid Petrovic demonstrating his software on the TourCave at Calit2 utilizing the interior data of the Hall of the 500 from Palazzo Vecchio. 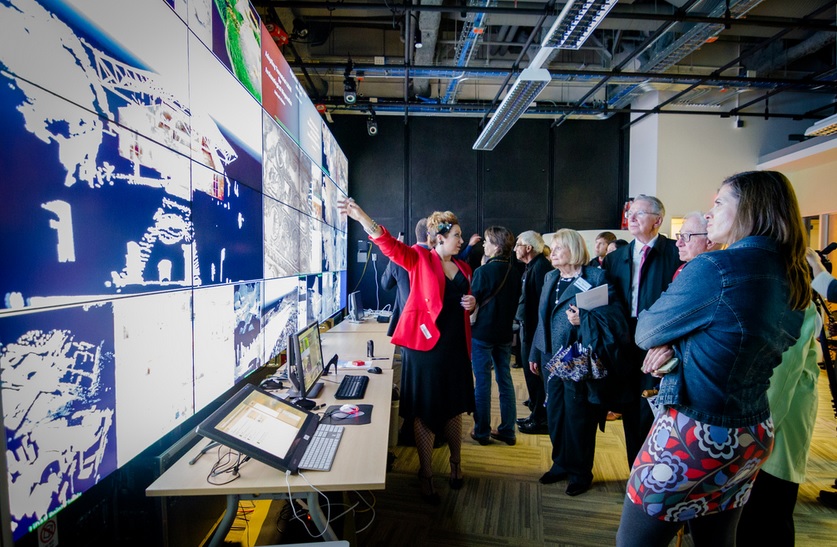