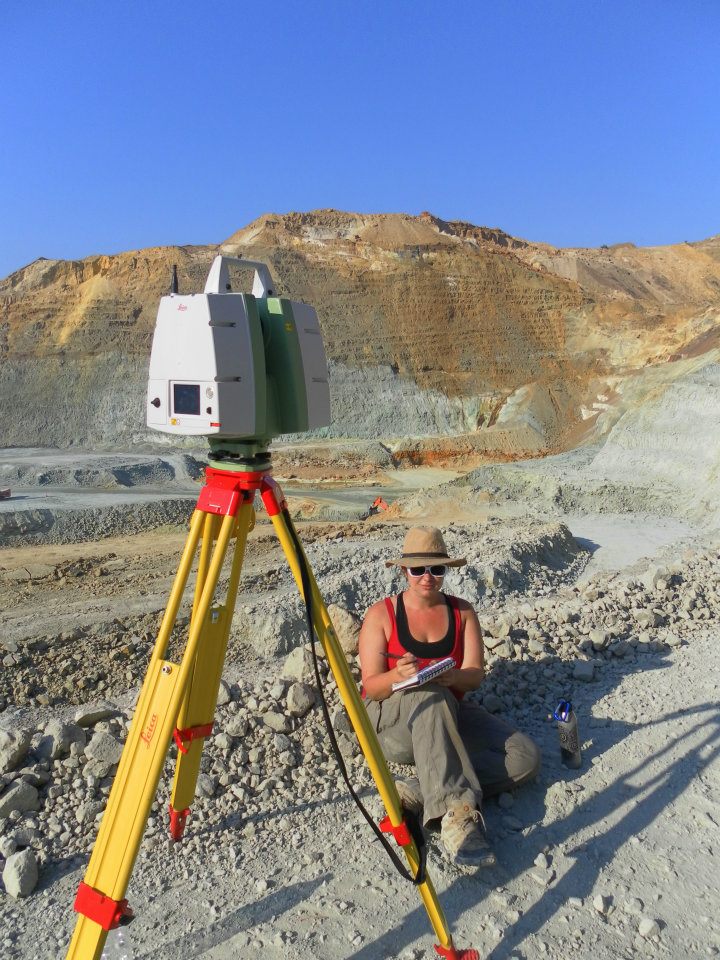 Ashley M. Richter Laser Scanning the mines with the University of Cyprus at the Skouriotissa  in Cyprus

While Vid and half of CISA3 handled Florence in the fall of 2011, the other half, including myself, headed out to the Eastern Mediterranean.

And in the lovely hills of Cyprus, as part of the collaborative Cyprus Archaeo-Metallurgy Project (codename: CAMP), I unexpectedly found myself trained in the modern (and ancient) art of copper mining…well sort of.

Run by  Scripps Institute of Oceanography’s (SIO) marvelous Lisa Tauxe, meticulous and fabulous Ron Shaar and recent graduate and superman Erez Ben-Yosef, in collaboration with CISA3 assistant director, “distinguished professor” Thomas E. levy– the project undertook a survey of ancient metal production sites to collect ancient copper slag samples. This entailed long sunny days trekking through long-neglected gorges that once operated as ancient mines, clamboring down cliff-faces and cherry-pickers, and as a stint in a live copper mine just south of the border between the Republic of Cyprus and the Turkish Republic of Northern Cyprus.

With the help of the wonderful Vasiliki Kassianidou (Lina) of the Department of History and Archaeology of the University of Cyprus, the project sought to create a comparative timeline for Cyprus to look at similar copper production areas throughout the ancient Near East. Read more about the project in Antiquity.

The small contingent of graduate and undergraduate students were put through their paces dealing with the long days, equipment malfunctions, and bizarre array of skills that were picked up in order to aid the professors in their quest (archaeobotanical floatation, copper slag crushing, not falling down cliffs while on Cypriot television, etc).

*Lina is literally the COOLEST archaeologist I’ve ever met.

* We stayed in the mountain top village of Kakopetria (trans. ‘black rock’)- Go there. Seriously. Its gorgeous. And quiet.

* Cyprus was once home to a species of dwarf hippopotamus that was likely killed off by early humans’ hearty appetite for them (which makes this Canadian PSA of Fabulousness that much more amusing. Ironically, this was first shown to me recently by yet another archaeobotanist).

* The point cloud data with its geo-referenced samples was only ever actually shown off once to my knowledge (le sadness!).

*Did I mention how lovely Lina was…I’d like to return to that. Because seriously. She is. 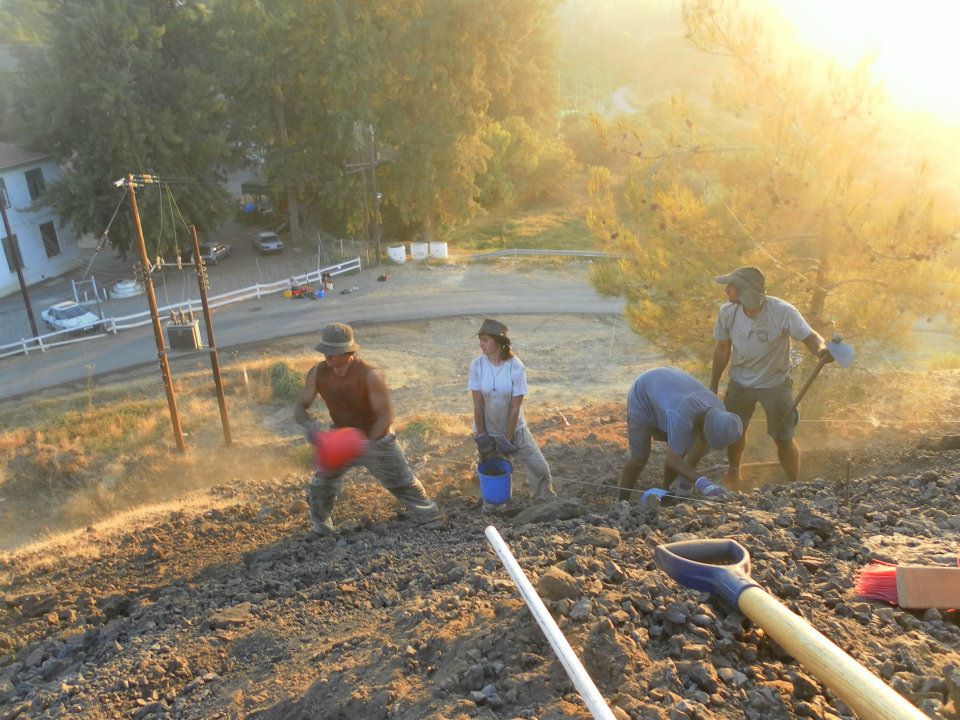 The team undertaking light excavation of a mine face at Skouriotissa. 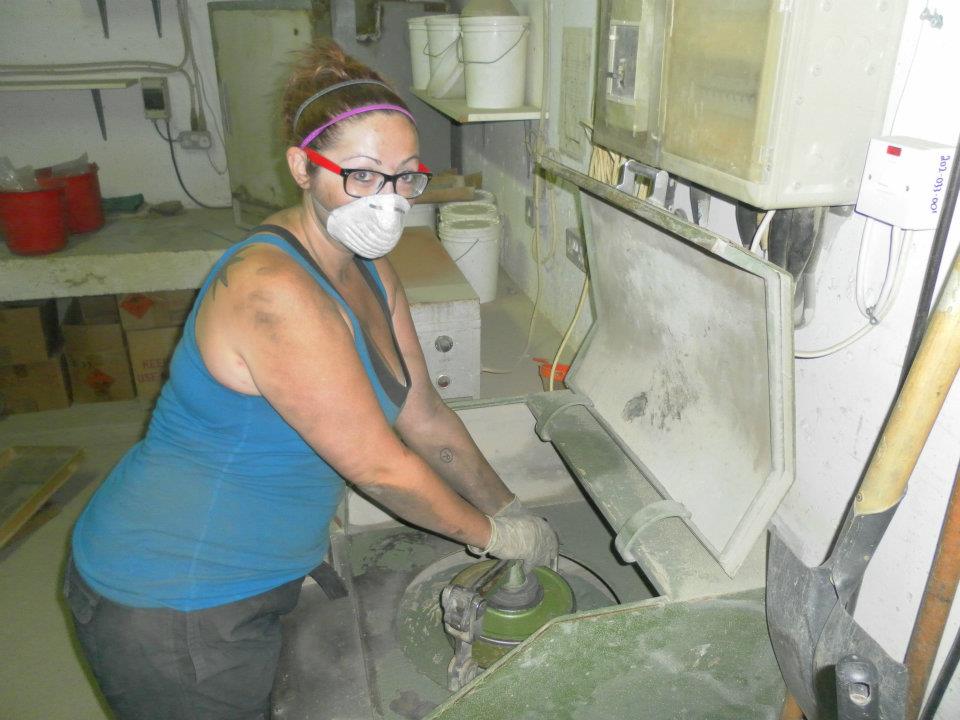 Ashley M. Richter- operating the Slag Crusher at the Skouriotissa Mine. 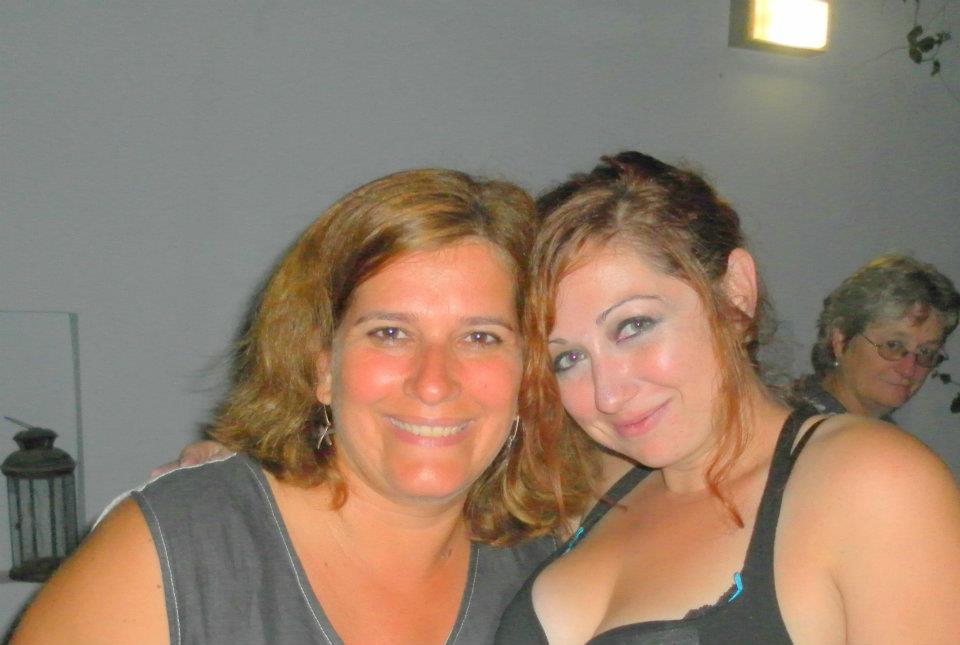 Lina & Ashley at the End of the Survey festivities at Lina’s. 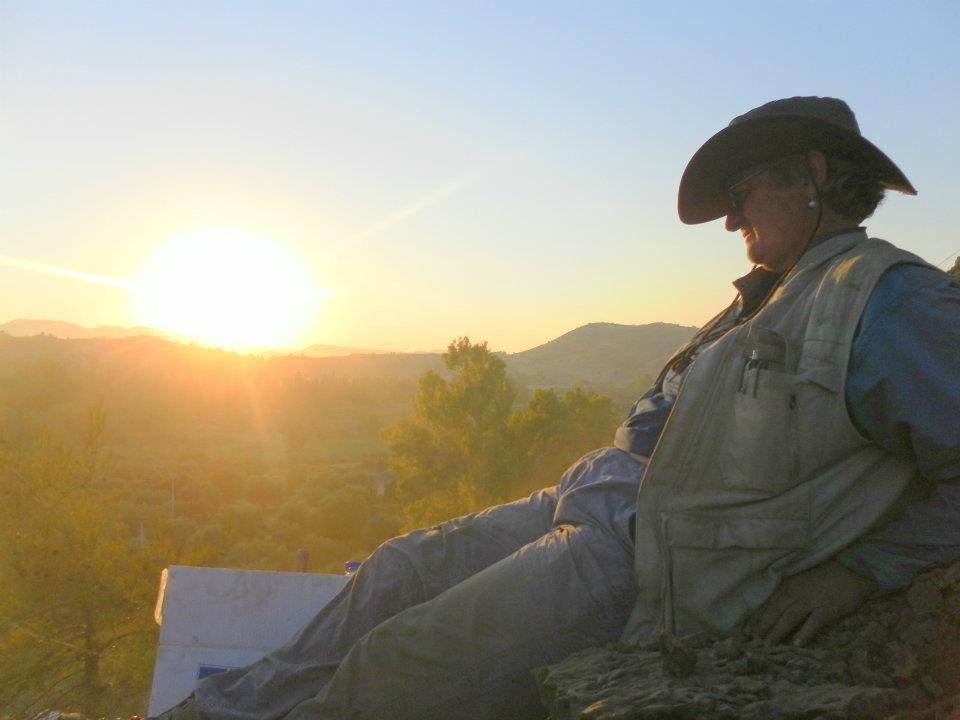 Lisa Tauxe overseeing the sampling from on high- and rocking the adventurer pose. She too is entirely amazing. She and Lina are some of the supra-science role models of generations of aspiring female scientists. FACT.